Narrow your results by:

This fonds consists of one series: the Martha H. Coughlin 1954 Convocation series.

The fonds consists of Carleton ephemera and some programs.

This fonds is comprised of two letters to Ruth Bates from her mother while the former attended the Ottawa Ladies' College. The content of the letters addresses her difficulty adjusting to school in Ottawa.

Fonds consists of the eulogy for David Dunton by Fraser MacDougall.

This series consists of a photograph of the Rideau River Campus taken by Murray and Murray Architecture. 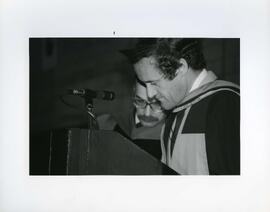