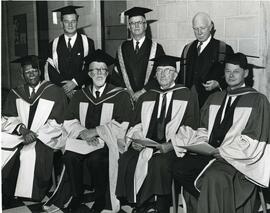 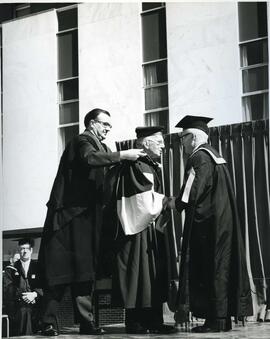 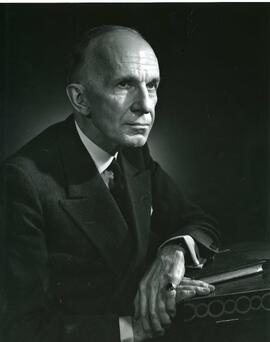 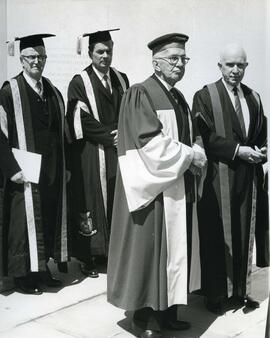 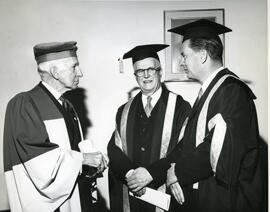 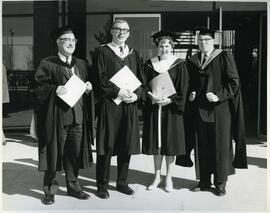 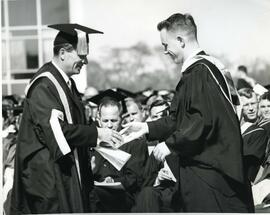 The Senate is the senior academic legislative body which represents the interests of the scholar in the governance of the University. It is charged with establishing the academic direction of the University and its associated faculties, institutes and schools.
In 1942, President H. M. Tory organized an Educational Directorate for Carleton College composed of members of the Board of Governors with faculty credentials. This served as the Senate. The Board of Governors was the sole governing body of the College until the Senate received official recognition under the Carleton College Act of 1952. This Charter, amended in 1957 to make Carleton a university, created a bicameral system where legal authority was shared between the Senate and a Board of Gvernors.
The Act gave the Senate authority to make recommendations for achieving the objectives and purposes of the University. Within its statutory authority the Senate may debate any issue, but the jurisdiction over that which it has sole authority is limited. It determines all courses of study and the standards of admission, grants degrees, awards scholarships and receives reports from its committees. The Senate also has the legislative power to recommend the creation of new faculties, schools and departments. These entities are established jointly by the Senate and the Board which ultimately approves all expenditures.
During the 1960s it became practice that the Senate would make recommendations to initiate policies involving matters of personnel and resource allocation that were the prerogative of the Board. The mood of social and government reform created a climate in which the Board was unprepared to act without Senate consent. However, under a collective agreement signed in 1972, the faculty unionized and agreed to discontinue the practice of sharing power with the Board. The faculty members of the Senate feared that by becoming too involved in university governance, they might lose the right to be unionized. The Senate has since strictly adhered to the legal authority granted them by the Carleton University Act.
The Senate comprises 71 members, primarily professors who are elected to 36 seats by their respective Faculty Boards. The other positions are filled by 15 ex officio members of the University, such as the Chancellor, President, Vice-Presidents, Deans, some of the Directors of Schools and the Presidents of the Students' Association and the Graduate Students' Assocation; 10 are students elected by students; 4 are Governors; and 6 others are nominated by the Senate and appointed by the Board.
Although the current University President is the Senate Chair it is the Clerk of the Senate who acts as its administrator. The Clerk is responsible for the operation of the Senate office, the coordination of all Senate business and the maintenance of Senate records. The past Clerks were: John Nicol; Jim Wernham; Gordon Couse; Dr M. S. Macphail (1972-1975); Dr. H. H. J. Nesbitt (1975-1981); Dr. Michel Gaulin (1981-1996); Dr. D. J. Wurtele (Acting Clerk, 1987-1988). Dr. C. H. Chan is the present Clerk.

Fonds consists of one series, the convocation series.

Records received directly from creator or members of the Senate body.Arrangement created by archivists based on content of records and sometimes of system of the office.All records subject to the University's Access to Information PolicyNo reproduction without the consent of the University ArchivistBox lists available