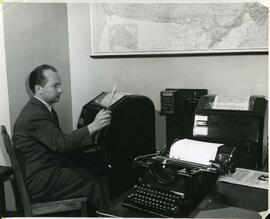 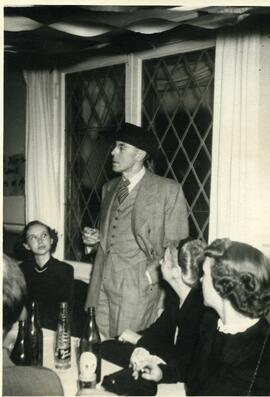 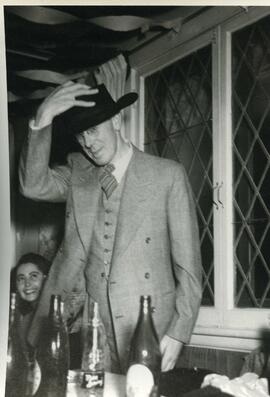 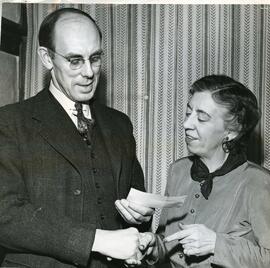 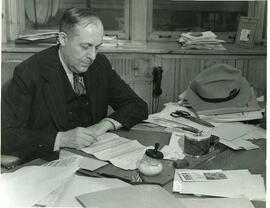 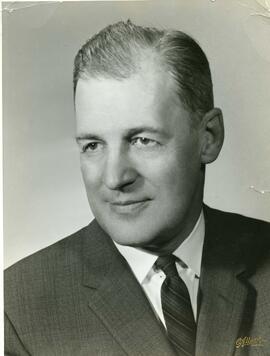 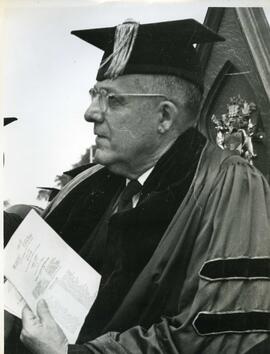 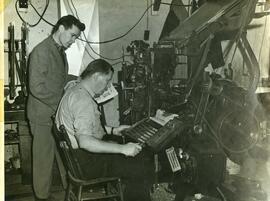 Wilfred Harold Kesterton was born in Regina, Saskatchewan on July 22, 1914 and died on December 7, 1997. He attended Queens University, from 1934 graduating in 1942 with a Bachelor of Arts degree. During this time he also taught elementary and highschool. After graduation Kesterton joined the Canadian Army serving from 1942 to 1947 with two years overseas service in England and Holland. He was discharged at the rank of Captain and promptly enrolled at Carleton College as a veteran student. While there he was a member of the Carleton College COTC until 1956 and held the rank of Major Officer Commanding. In 1949 he received his Bachelor of Journalism degree from Carleton University. After receiving his degree he was asked by Doctor Eggleston to join the staff as a lecturer, and eventually co-founded the school of journalism with Eggleston. In 1954 he was promoted to Assistant Professor in Journalism. In 1961 to 1962 he served as acting head of the Journalism department and was consequently promoted to Associate Professor in 1962. By 1979 he was promoted to Professor Emeritus. He remained with Carleton University until his retirement in 1987. During his time at Carleton Dr. Kesterton participated in a wide array of committees which are; the Curriculum Committee, Student Aid Committee, Admissions and Studies Committee, Chair of the Journalism Committee, Carleton Development Campaign Committee, Library Committee and Student Personnel Services Committee. For his achievements and high standards of excellence Wilfred Kesterton has received the Curtis Memorial Scholarship, Queen's University's W. T. Clement Proficiency Prize, Faculty Club Prize (Carleton University), Journalism Silver Medal from Carleton University, Humanities Council Research Grant in 1953 and Honourary Degree in Doctorate of Literature (awarded by Carleton University June 16, 1984). Dr. Kesterton was a writer and has published several articles along with two books. Some of his works include; freelance articles for Forest and Outdoors, echoes, Saturday Night, 20 Journalist Biographies for Encyclopedia Canadiana, "A Short History of Canadian Journalism, 1752-1900" Canadian Year Book (1957-1958), "A Short History of Canadian Journalism 1900-1958" Canadian Year Book (1959), "Source Materials for a history of Canadian Journalism" Canadian Communications (1960), "Journalism, 1960" Canadian Annual Review (1960), A History of Journalism in Canada (1967) and The Law and The Press in Canada (1976).

Kestertons Papers were kept by the Journalism department until they were transferred to the Archives in 1998 by Roger Bird.

No reproductions without written consent of University Archivist.